Are you willing to learn Blockchain really easy way? Do you want your career to get a boost with the upcoming Blockchain technologies? If yes, then you are at correct article. We are going to create a very simple and easy to understand, create and implement Blockchain right now by using Flask framework which is very easy to use Python based framework. And this is not what I'm trying to exaggerate by saying easy but you are going to see yourself in this article later on.

In order to start building our very first Blockchain the easiest way we will require two softwares on our machine.

So, once you have finished installing all of the pre-requisites step by step and now you are ready to develop your first Blockchain. Now let's start Anaconda Navigator from your programs.

In Anaconda Navigator you will see few programs which are the editors to writing your first Blockchain. And I'm going to use the Spyder editor so, just click on it and it will be launched in separate window. 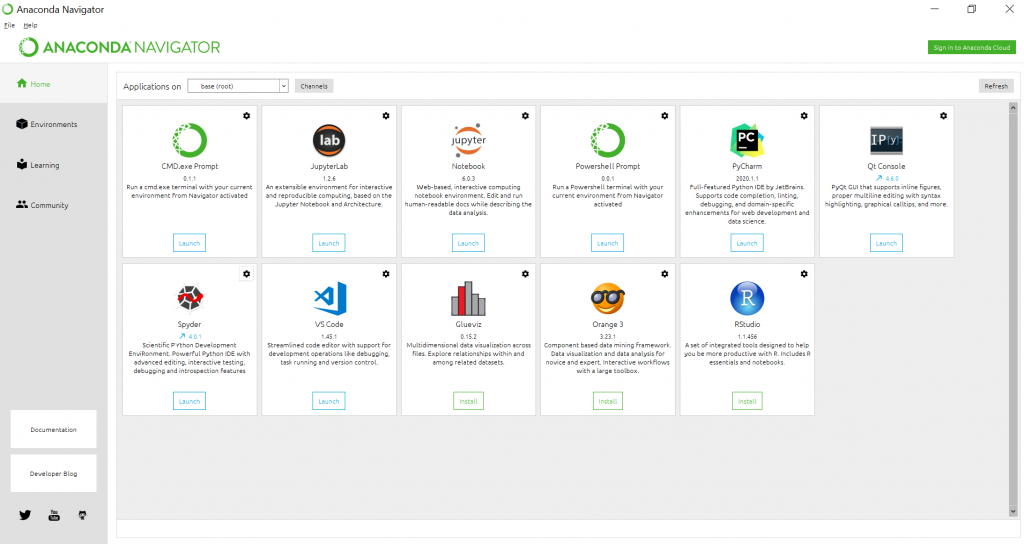 First we going to create a directory named blockchain in one of our drives. Now let's save the currently opened new file as blockchain.py in the directory because it is going to be a python file that's why we add extension .py at the end of this file. 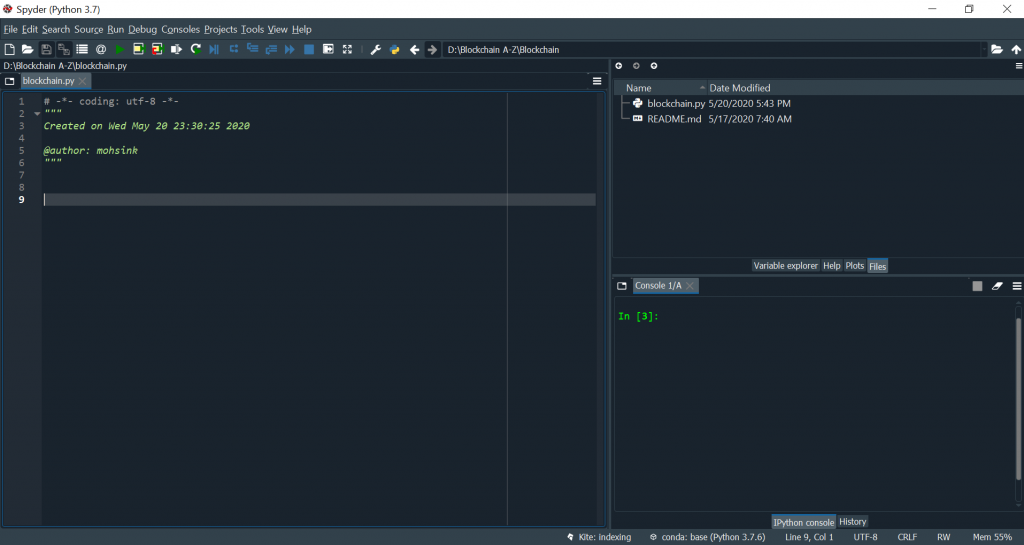 Finally you have reached so far, that's really great you have completed your setup to start the Blockchain development. Now let's move on to the step two where we are going to dive into the code and develop our very first Blockchain.